Productions Company, Madrigals, and Tech had the wonderful opportunity to visit Cedar City for this incredible Shakespeare Festival. They all competed and did a spectacular job. Mira Jensen, Alena Cobia, and Isabella Williamson performed a scene from “Henry VIII” and made it to finals round and the Showcase! Thank you to everyone, what an unforgettable experience. See pictures below of the Shakespeare Competition.

“My favorite part about Shakespeare was spending time with my friends, it was a great experience. It was a real learning opportunity. I learned so much about the people I was with, and I built so many relationships, and strengthened friendships! I had such an amazing time!”

“Being apart of the trio scene was so scary. I had never performed scene for competition before, especially Shakespeare! We made it to finals, and it taught me so much about text analysis and myself as an actor. I’m most comfortable with musical theatre, so this was a little new for me! I am so honored that I got to work with Alena Cobia and Mira Jensen! It was an absolute blast. It’s truly unlike any other experience!”

“I learned that the text makes more sense if you understand it more clearly and you spent lots of time on your character analysis, and knowing what you’re saying, and why you’re saying it. While playing the end, by being present, you have a good performance.”

“ For me, playing Hamlet was one of the most nerve-racking things ever, because the lines that he gives: ‘to be or not to be;’ whether you know the play or not, you know that line. I guess I was just stressed over how I can be MY Hamlet and how can I do this differently? How can I make my own? I felt like I had a Hamlet until I didn’t, and through the guidance of our wonderful Mr. Avila I was able to create something that I’m very proud of.“

“Shakespeare was the most I’ve laughed in one weekend in my entire life.”

“The biggest thing I learned was to treat Shakespeare not as a Gatti performance, but as something natural.”

“ It was really exciting to be on a campus filled with kids that are passionate about the same things that I am and being able to watch them perform and see how much they love the thing that I love!”

“To me Shakespeare is something that you can constantly return to and find new things that you love about it. I feel like there’s 1 million ways to interpret the text and it’s really fun because I think it also works really well to act with. Not only can you make all these different choices, you can go comedic, dramatic, and tragic! You make the choices that you want because with modern texts, it’s kind of limiting to what you can choose to do. But with Shakespeare, the text really carries you and it’s it’s kind of a puzzle to work with. You can try to figure out and understand, then it clicks. You can get a lot out of the experience. That’s why I love Shakespeare!”

“It was definitely stressful, but it was very worth it. Having a chance to perform with both Choir and Drama was really fun! It was also awesome to get to know everyone in both better and even though there was a lot of rushing around on campus and trying to get from one place to another, it was fun and it was super fulfilling to be able to get so much good feedback for both my singing and my acting and have that opportunity!” 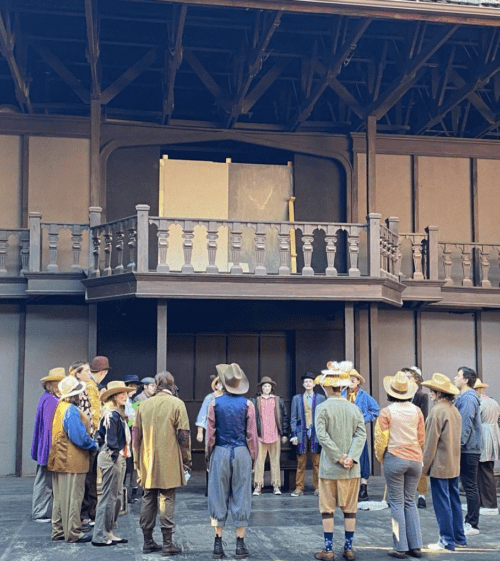 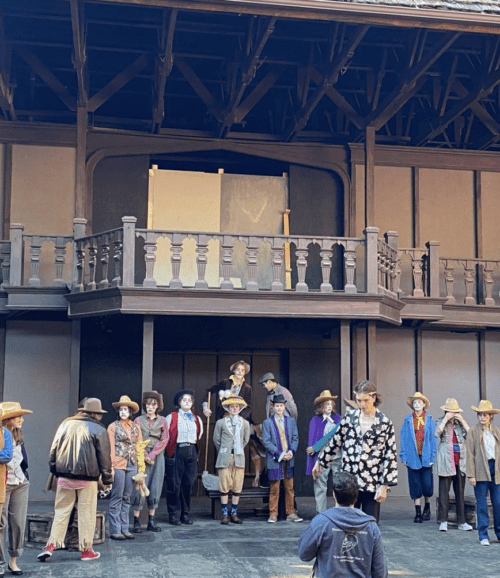 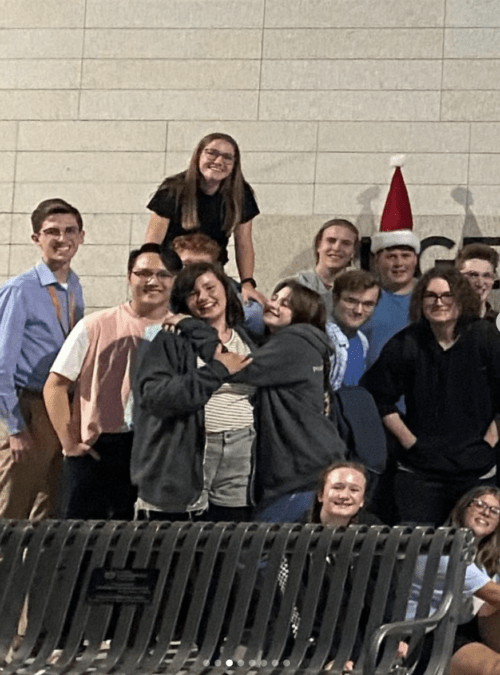 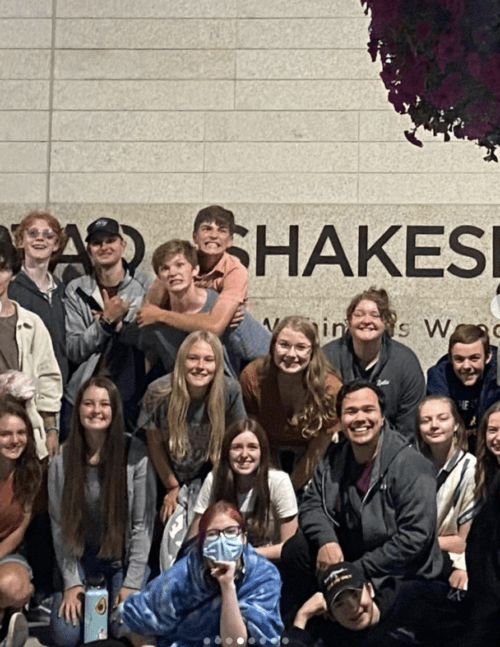 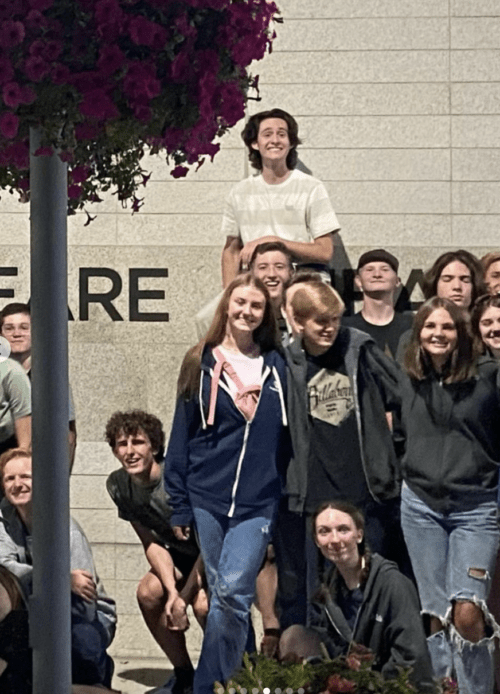 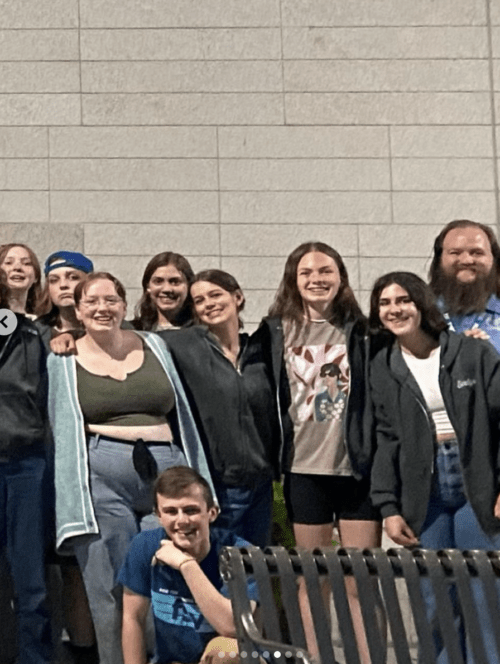 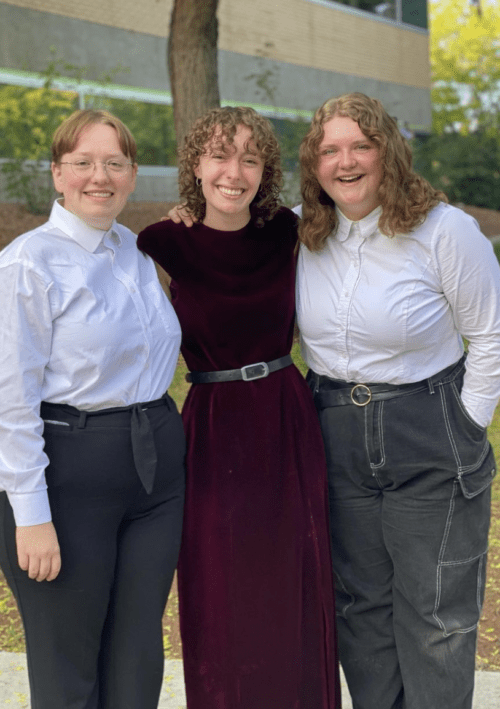 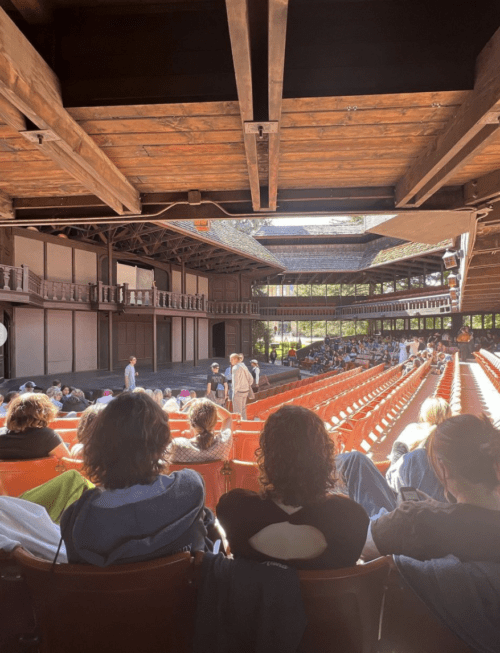 Due to current weather conditions, Provo City School District will operate on a Two Hour Late Start Schedule today.  This means that school will start two hours later than normal for each school. ...

On March 25, PCSD is hosting the first, district-wide K-12 film festival. To get the word out, please post the attached notifications and the link to our Film Festival website to your school's...

Today, the Seniors were able to have a ribbon cutting celebration to celebrate the opening of the new South Academic Complex. Our seniors have been amazing supports through construction and got to...

The mission and vision of Timpview High School is to empower every student to become college, career, and life ready by embracing growth, inclusion, and excellence.